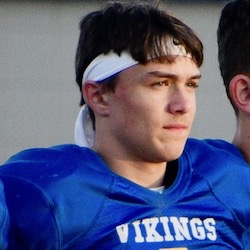 Siuslaw's Braydon Thornton, Jacob Foskett and Brody Terry combined for 40 points Friday to lead the Vikings to a 49-38 victory at Elmira in Sky-Em League boys basketball.

Siuslaw has two seniors on its roster, Caleb Hennessee and Kiger Johnson.

Elmira scored the final seven points of the first quarter and the first basket of the second quarter to take a nine-point lead, 15-6.

The Vikings increased the lead to seven through three periods, 35-28. Elmira got as close as six, 42-36.

Siuslaw scored its final seven points from the free-throw line to secure the win.

Gov. Kate Brown announces all schools to be closed to in-person learning.