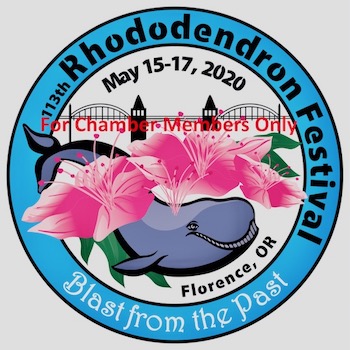 Siuslaw baseball coach Tom Shinn, a social studies teacher at the high school, opens practice Monday for his third season with the Vikings.

He's bullish on this year's team, with opening day two weeks away (Tuesday, March 17, a doubleheader at Sutherlin).

Who are the top players returning? Where are the biggest holes to fill?

Pitching obviously is big, given who you lost, and the OSAA's evolving rules on pitch counts.

With the pitch counts in play for high school baseball, losing a kid that can go deep into games like Gabe, makes us have to be better at putting together a staff this season. Caleb, Jared and Dalton (Stinger) all saw considerable action on the mound. Finding arms to fill in after those three will be the biggest piece of the puzzle for this season.  Over the past couple of weeks with our pitching workouts we have seen a lot of promise from younger players as well as some returners. I really like what we have seen in regards to pitching depth for the upcoming season. I would really like to go into this season with eight kids we can put on the hill. Bringing in Mike Dannewitz to help with the pitching duties has been a great thing. He brings in a different perspective with his professional experiences.

Tell us about your coaches.

The coaching staff will look a little different this season. We have hired Jim Baxter, a former professional ball player, as the JV coach. He has been working really heavily with our catchers during these first two weeks. Dan Rankin will be assisting with the varsity this season. Sam Johnson has committed to being involved with the program. It is always good to have former players coming back into the system, plus Sam is very well liked and respected by the kids. Finally, we added Mike Dannewitz to the varsity staff as well. Mike was a professional pitcher for several years in the Kansas City Royals organization. He has brought in a wealth of experience. The best thing about having the number of coaches we do now is that it takes a large amount of burden off of myself.

With any luck the weather will allow you to use your home field a little more this spring. What might be new?

The field looks great for this early in the spring. David Spencer and Jim Baxter who are employed by the district for grounds and maintenance have had a good amount of sunshine to get the field in great shape.  Hopefully the weather keeps giving us enough sunshine to keep it playable. We truly do have one of the best facilities in the state to play at, not just the 4A level.

Jiggs Dodson field will look a little different this season. The (Siuslaw Athletic Booster Club) has donated some money to redo the lights on the scoreboard. There is supposed to be the possibility of some fresh paint on the facility as well. We have had an outfield sign campaign that has brought us some needed funds as a fundraiser.  For $500 a business or individual can purchase a sign on a 6'x6' vinyl banner for the outfield fence. They will also be in the free program that we will have available at all home games. It's a little bit of advertising, plus our fans get to see what businesses in the community support our ball players.  If there is anyone out there that wants to get involved with this program, they can email me at tshinn@siuslaw.k12.or.us.

What are your expectations now that you've had a couple of years to develop your program?

We are looking at what I expect to be a strong team this season. I have seen a dramatic improvement in the talent that we have in the program over the past few seasons. Last season our record was disappointing, but in those losses, we had some very close games. Against Marist in a doubleheader we went to extra innings in one game and the other involved some late scores by them. We grabbed a league win against Elmira and played them very close in one of the games of the doubleheader. I think with additions to our team that I anticipate for the season, we should be much improved.

I hope everyone has a chance to come out to the park and catch some spring sunshine a baseball games this season.  GO VIKS!!!