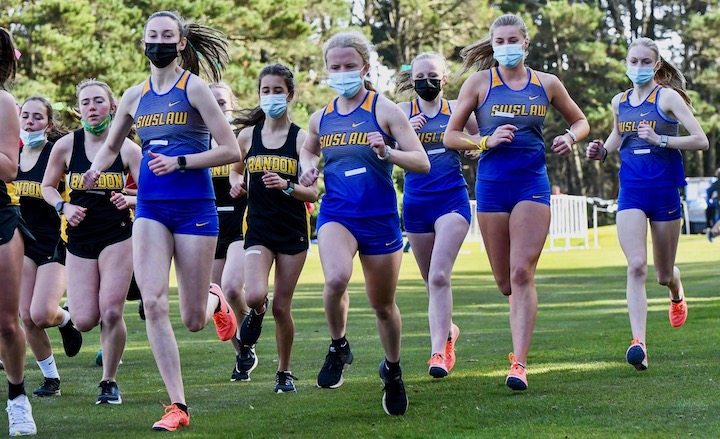 Athletic.net has the boys dominating a hypothetical meet, while the girls are big favorites to hold off host school Marist Catholic for the title.

Siuslaw is also favored to win both team titles next week at the 4A state championships in Tillamook.

Athletic.net has the Vikings boys scoring a near-perfect 16, followed by Marist Catholic with 53, Marshfield with 76, Junction City with 111 and Cottage Grove with 138.

Junior Chad Hughes, sophomores Samuel Ulrich and Kyle Hughes and senior Ryan Jennings are projected to be the first four runners to cross the finish line at the end of 5,000 meters. Senior Jaxson Jensen is projected to be sixth.

It will be a bigger challenge for Lady Vikings, who have the minimum five runners needed to score as a team.

Athletic.net has the Lady Vikings finishing with 28 points, Marist Catholic with 52, Junction City with 61 and Elmira with 80.

All five Lady Vikings will need to be on the top of their games, and avoid injuries.

"It's too late for injuries," Johnson joked.

Success will have its price.

The head coach of the boys and girls championship teams is designated Coach of the Year and receives a plaque.

The Vikings may need to back up the van for their victory hauls.

Siuslaw had 55 points for the girls title, followed by Harbor Lights with 57, Coquille with 66, Marshfield with 80 and North Bend with 95.

The Marshfield boys won with 34 points, followed by Siuslaw with 49, Harbor Lights with 70, North Bend with 87 and Reedsport with 120.