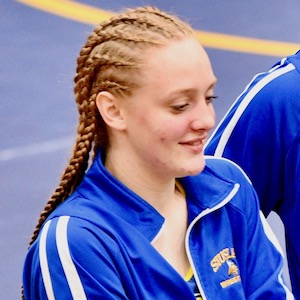 Vikings freshman Madison Petterson was 1-2 in the tournament at 125 pounds and did not place.

Muller opened with pins in the first round and the quarterfinals, but lost by pin to Averie Stockwell of Thurston in the semifinals.

Muller bounced back to win her consolation semifinal by fall before beating McIver.

Petterson's win was a pin of South Albany's Odessa Gordon in 2:35 in the first round of consolation.

Junior Arrianna Brown was entered at 125 but did not compete.