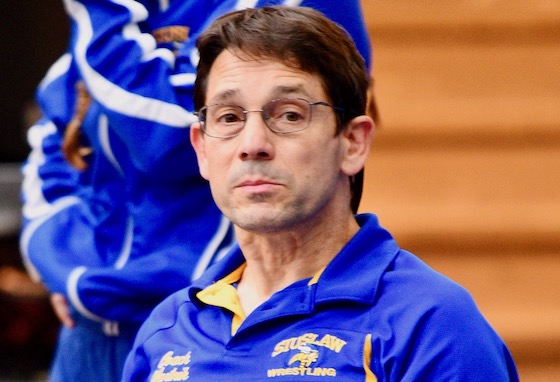 It was an amazing weekend.

I had the same kind of experience I had riding the Incredicoaster at California adventures, only (this) ride lasted for 15 hours, split over two days.

I have four boys who each merited Athlete of the Week for their performances.

Keep in mind, not all brackets are equally difficult. I could make very strong cases for Elijah (LaCosse), Ryan (Jennings), Mason (Buss) and Christian (Newlan).

But let me point out that the momentum which allowed us to have such tremendous performances was team-generated. What Yoskar (De la Mora), Hunter (Petterson) and Dayne Muller did fueled the fire for our leaders. It was truly amazing to watch.

The team was incredible. The amazing matches they wrestled, the way they lifted each other up throughout the tournament, the huge upsets — there were so many.

Keep in mind our highest seed coming into the tournament was a fifth (we had one fifth seed and two sixths). We were predicted to take home three medals. Instead, we brought home six:  two seconds (Elijah and Christian), one third (Mason Buss), a fifth (Ryan Jennings) and two sixths (Yoskar De la Mora and Dayne Muller).

This was an unprecedented performance for my team in many ways: This was the first time I have had a freshman place at state (Dayne); it was the highest placement I have had by a sophomore (Mason); it was the most place-winners we have had during my tenure — the previous high was four — and it was the highest point total we have attained at state. I have been head coach for 26 years. Our previous high was 89.5 points in 2004.

But as I alluded to above, the real story was the team dynamics. We have never had a group that cared about each other and went to war as one, like this team did. This is a tribute to our three seniors — Ryan, Elijah and Christian. They set the tone. They led the way.

Christian's performance was the most shocking, no question. What he did in the semifinals was incredible. When he came off the mat, he gave teammate Hunter Petterson a hug and told him, "That was for you."

Hunter had a very disappointing loss earlier that morning. He was ahead 4-3 with 40 seconds remaining in the match when something flukey happened. His opponent pushed him out of bounds and injured Hunter's shoulder — a pulled AC joint.  Hunter could have chosen to stop wrestling at that point and won by injury default, but we chose to finish the match.

With that injury, Hunter was impaired, and he ended up losing 6-5. It was heartbreaking. If he had won, we would have had seven placers instead of six. Christian's comment to Hunter coming off the mat spoke into Hunter's grief. That is the kind of men and team the 2021 Vikings were.

The coaching staff is so proud of all our Vikings. They surprised the 4A world and made us all proud.