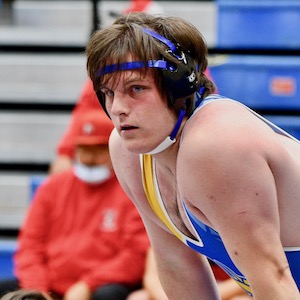 Newlan placed second at 220 pounds Saturday in the Oregon Wrestling Association 4A State Championship at Cascade High school in Turner.

Dayne Muller was honorable mention after becoming the first Viking freshman in coach Neil Wartnik's 26-year tenure to place at state. Unseeded, Muller was sixth place in the 182-pound class.

Newlan lost in the finals to top seed Connor Kohn of Philomath.

Newlan, the No 6 seed, had advanced to the finals with a first-round decision and then pins over No 3 seed Joseph Baynard of Phoenix and No. 2 seed Lawson Talamantez of Seaside.

For the second year in a row, Coast Radio will not be naming athletes of the year.