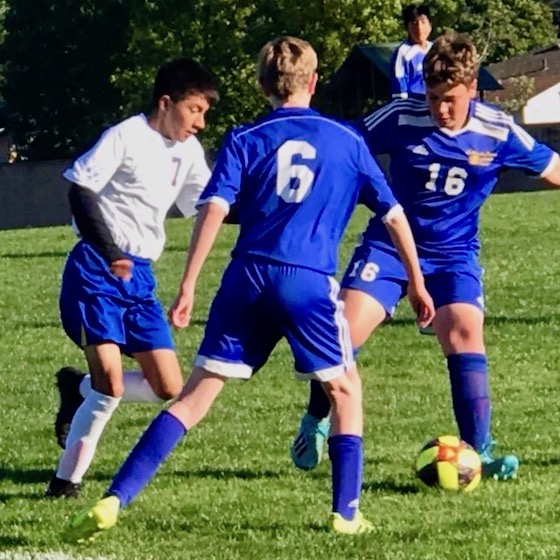 Siuslaw junior Jaxson Jensen scored three minutes into the match Tuesday and the Vikings defense made it hold up for a 1-0 soccer win at Cottage Grove.

It was the first shutout in the history of Siuslaw soccer, which includes five matches in the inaugural 2018 season and four this year.

It also was the fourth consecutive one-goal win for the 4-0 Vikings, who Tuesday march on to Coos Bay to play the Marshfield boys junior varsity.

"The kids are pretty excited about their record, but they know they have half of their games left to play," Siuslaw coach Londi Tomaro said.

Vikings goalkeepers recorded five saves, while the Siuslaw offense produced 24 shots, including 14 in a scoreless second half.

Midfielders Jensen and sophomore Jason Garcia had seven shots each, Jensen six in the second half and Garcia five.

Siuslaw took four corner kicks, two in each half, Jensen taking three and Garcia one. Garcia also had a free kick in the first half.

"This was a less physical game than the one against Marist," Tomaro said.

After Marshfield, the Vikings have games at Junction City next Tuesday and a season-closer at Newport on Tuesday, Oct. 15.

Between those games, Siuslaw will have its lone home match, hosting Waldport at 10 a.m. Saturday, Oct. 12, at Miller Park.

NEXT YEAR — A VARSITY TEAM

The Siuslaw Vikings will field a varsity-level team as early as next year, athletic director Chris Johnson announced.

"We can't continue to play our best kids against other school's JV teams," Johnson said. "So the plan is to play a varsity boys schedule and the roster will include both boys and girls."