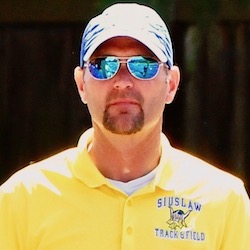 The Woahink Lake XC Invitational at Honeyman State Park is one of the state's premier midseason events.

The Siuslaw Vikings' big home meet is tomorrow (Saturday, Oct. 5), beginning with the girls middle school race at 10 a.m. and the boys at 10:30 a.m.

"We are always excited to race at home," Siuslaw coach Chris Johnson said.

The Vikings boys are ranked No. 1 in Class 4A in the most-recent coaches' poll, while the girls are No. 2 to Marist Catholic.

Marist Catholic is one of 19 visiting schools that include three from 6A — Reynolds, Wilson and Roseburg — and two 5A — Churchill and North Bend.

Top 4A contenders on the girls side include No. 1 Marist Catholic, No. 2 Siuslaw and No. 4 Philomath.

Top 4A boys teams include No. 1 Siuslaw, No. 2 Marist Catholic and No. 5 Philomath.

The Vikings have two more big dates on their schedule before the district championships, competing Oct. 12 at the Paul Mariman Invitational and Oct. 19 at the Warner Pacific Classic.

The annual Run for the Brownies is Thursday, Oct. 24, at Florence Golf Links.

The Sky-Em League championships are Thursday, Oct. 31, at Lane Community College in Eugene. The 4A state championship is Saturday, Nov. 9, on the same course.