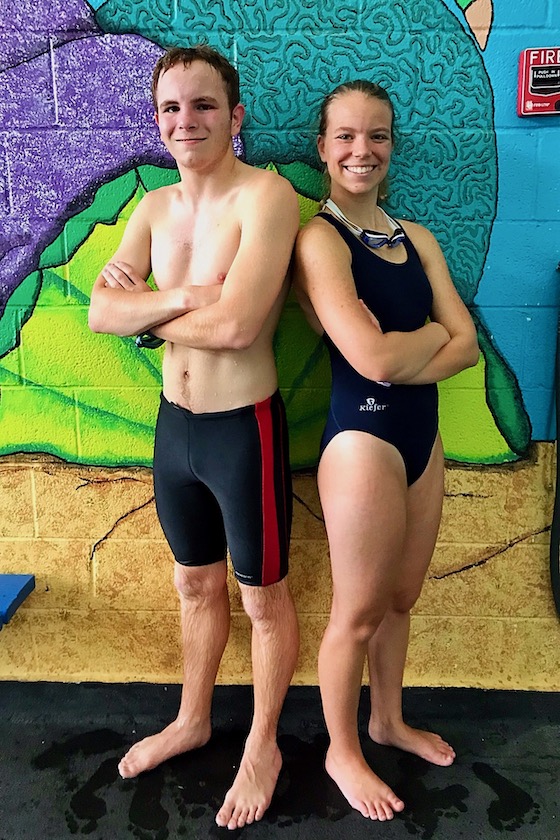 Marchione is in his third year of constructing a program after it was abandoned for more than a decade, and he'll take all the help he can get.

"We'd love to have them," Marchione said of potential swimmers from Florence. "If they want to be in on a club swim team, we have that as well."

The number of Vikings on the Reedsport/Siuslaw co-op team will at least double this year with the addition of a boys swim team.

Marvin Fowler has transferred from Reedsport to Siuslaw for his senior year.

The girls team again will include Siuslaw senior Sydney Robison, a lifeguard and swim teacher at Coastal Fitness.

"I can put her in about any stroke," Marchione said of Robison. "She's one of the few kids who knows all the strokes."

The team practices and competes at the 25-yard Highland Pool near Highland Elementary School.

"I know there are more kids up (in Florence) that want to swim," Marchione said. "I know Sydney and her mom keep promoting the sport at the high school.

"Any publicity we can get to encourage kids to come out would be awesome."

First practice is Monday, Nov. 18. The state 4A/3A/2A/1A championships are Feb. 21-22 at the Tualatin Hills Aquatic Center in Beaverton.