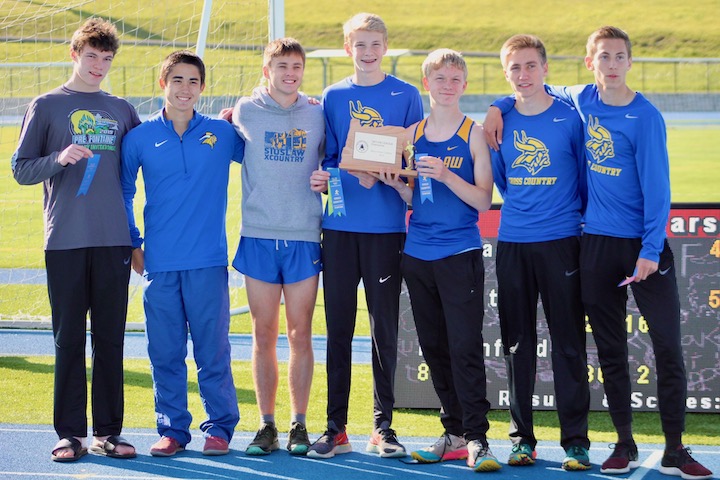 Philomath/Kings Valley Charter was first with 65 points, Sisters second with 70 and Klamath Union third with 82.

Defending champion Marist Catholic was fourth with 98, Baker/Powder Valley fifth with 99 and Siuslaw — eighth overall in 2018 — was sixth with 129.

Sisters junior John Peckman won the individual title in a personal-record 15 minutes, 48.7 seconds, with Baker/Powder Valley senior Kale Cassidy second in a PR 15:57.2 and Sisters junior Will Thorsett third in a PR 16:00.1.

"To PR by that much and place fifth is a testimony to how hard he has worked over the past year."

Marist Catholic won last season with 54 points, with Newport second with 81 and Tillamook third with 84.

Enterprise/Joseph/Wallowa won the boys 3A title, edging Burns 35-38. Westide Christian was third with 107.

Sophomore Henry Coughlan of Enterprise/Joseph/Wallowa won the individual title in 15:58.9 and teammate Zach Knapp, a sophomore, was third in a PR 16:07.1. Burns senior JP Friedrichsen was runner-up in a PR 16:02.4.

St. Stephen's Academy dominated the 2A/1A boys with 42 points. Union/Cove was second with 89 and Bandon third with 95.

Finals for the 5A and 6A boys were later in the day.