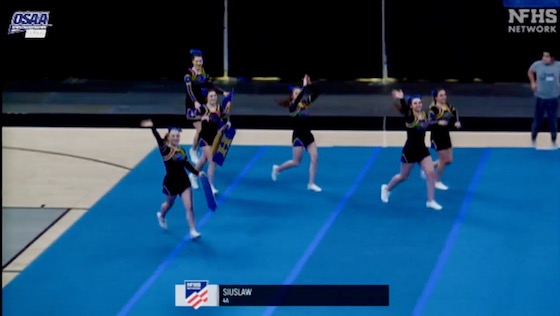 The short-handed Vikings, down to six members due to injuries and defections, scored a 90.5 in a penalty-free performance.

Cottage Grove, the only other Sky-Em League school entered in the championships, was sixth with 119.10 and Philomath seventh with 101.80.

Complete results of the state meet are online at http://www.osaa.org/docs/che/20results.pdf

Team member Sydney Hilterbrant was injured and did not compete.

There are no seniors on the Vikings team and only one junior, Sandusky.

Sophomores include Brown, Olson, Teel and Hilterbrant, with two freshmen, Norton and Petterson.

Siuslaw's first-year coach is Teri Straley, an English teacher at the high school.